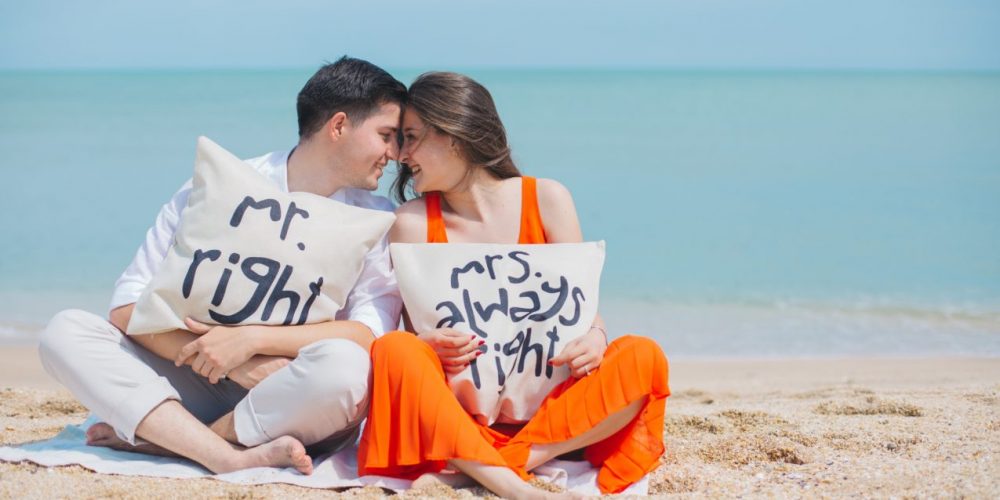 Femininity is not so much about the looks, but about the behavior we demonstrate. And often times women would complain about men’s non-manly behavior, and how disappointed they are that there are no real men. Well, that doesn’t just happen for no reason.

Both men and women are very wise, and will subconsciously balance and compliment the behavior of each other in a couple. When woman says that she wants her man to demonstrate more masculine behavior, she only needs to look at herself and analyze what went wrong, why he does not already do that.

Let’s look at some examples of non-feminine behavior in women and see how it will affect the behavior in men, naturally.

When woman decides to fix her man and make him a “real man”.

When does that happen? When woman thinks that she is the most important one in a couple, and she is the one who leads. She sees herself as someone who can control and fix everything, and everyone – including her partner. She then sees her man as someone incapable, immature and weak, someone who needs her wisdom and directions. For some women it truly becomes the main goal of their entire life. They do it day after day, waiting for the happiness to come. However, this will never happen. Man will naturally balance her powerful attitude with his, being powerless and passive.

When woman argues with man.

So common, huh? So many women actually argues with men, instead of having a conversation with them, where both exchange opinions. Everything is simple: when you argue, you want to show your importance, the fact that you are right and your are the leader. As a result, you begin to literally fight with a man and be his rival. If there is an argument with your partner, and you keep fighting again and again, just remember that your man does not argue with you. He argues with a man in you. He does not see a woman in you at that moment.

That is why he becomes aggressive, rude or maybe even violent. As soon as you remember who you are – a woman – he will feel it, and will stop. If you think that this behavior of yours is only to express your opinion, think about it – what for? To win? Where is a feminine softness and tenderness here?

When woman says “I can do it all myself”, and does it.

That happens because of one simple reason – she does not know to wait. She is impatient, restless, maybe even anxious. She does not know how to step aside, how to let him initiate things, how to give way. She always only counts on herself because she thinks it is just easier – to do it all on your own. And then in the end, she can even share her success with others, saying how she was able to do it all on her own, and maybe even blame a man on how incapable he was. Most likely, this woman will also internally celebrate her victory, and think how she is more superior. Now think about it – what for do you do that? When woman pushes on the gas, man pushes on breaks.

When woman does not control her emotions.

This is a very popular theme now, when we learn how important it is for a woman to be herself and let herself go, thus showing all the range of emotions, from anger to irritability, from disappointment to depression. However, this will never be a truly feminine behavior. We only act this way because we think that we are – again – very important, and so we can act and do whatever we want. However, it is not just this, it is not a sensitive woman’s nature that cannot be directed. It is simply an immature behavior, en emotional immorality and lack of responsibility. The whole ambiance of the house depends on a woman’s mood. When she lets herself loose, that is not a feminine behavior of an adult mature woman.

When woman controls the decisions of partner.

Man makes a decision and he wants to act on it. That’s what all men do. A woman with a non-feminine behavior does not let him do that. She tries to control and dominate him, trying to explain why he is wrong and she is right, and trying to impose her decision. In worst case scenario, woman will even try to prove why this man is a looser, and that he does not even deserve to express his opinion. That is a clear behavior of a mother figure, someone who is condescending. But it is not a behavior of an adult feminine woman.

When woman compares her man with others.

Manipulating and comparing your partner with others is never a feminine behavior. In fact, comparing him with other men is simply humiliating him. This is one of the main reasons why man’s reactions will be one of these two: he either leaves the house for good, or decides to be abusive and physically violent. He does not have a choice! Because unfortunately, humiliation that comes from a woman is the worst that can be. No one else will be able to do it as “good”, or bad, for that matter.

When woman just wants to consume.

In a couple, woman just wants to use her partner as provider only, so she does not establish and develop any relationships with him. She literally uses him, thinking that if he brings money, then all is good. If he doesn’t bring money, there is a problem. That is when her life becomes a struggle, and in turn she wants to show her man how incapable he is of anything. This is not a behavior of a feminine woman.

This is a behavior of a prideful woman, who does not really care about her partner’s success. She cares about herself and will try to suppress her man energetically. This will make her feel more important, and “higher” than him. She simply does not accept man’s natural (and harmless) domination. The most important skill to learn here is to learn how to accept, and not resist and dominate. Unfortunately, only a handful of women can truly do that.

When woman is selfish.

This feminine egoism comes out in two situations: when we just have our partner face the fact of something that is not going to change, and when we are focusing a lot on our career. In both situations, we only think about ourselves. When we tell him what we are going to do together, where we will go, what we will buy, how many children we will have, where we will go on vacations. In such moments, we simply neglect his desires and dreams, and do not even count them. When we dedicate ourselves to our career, we do the same thing – we do not take into consideration our partner’s desires, and only think of our own desires and success.

When woman talks all the time about women’s right and independence.

This one is extremely popular. The truth is, a woman does not need to prove anything to anyone when she simply start being herself – a woman. No need to talk about slavery and how it is now in the past, that is quite clear. The only thing a woman should be doing is to behave like a woman, and her man will naturally behave like a man around her. In fact, not just her man, any man. He will see a woman in her, and will start treating her like a real treasure and a delicate flower – with tenderness, love and care. We always have a choice to behave how we want, but we must also always remember about consequences of our behavior.

What men do with non-feminine behavior

Now, with all of that said, what happens with men when they see and hear all this? Well, there are quiet a few of scenarios here. Let’s take a look at them.

× Man stops caring about family, children, and life together in general.

× Man stops doing anything and just watches TV on the couch, all the time.

× Man avoids being or coming home and is always somewhere out.

× Man loses himself in video games.

× Man does not succeed in his career and has no money.

Scary list, huh? Unfortunately, also very realistic and relatable to many women. The important idea here is to remember, that is not your fault. You should not blame yourself. It is just your responsibility, to act upon your own nature and gender – female.

Man needs a woman and her energy, naturally. If he doesn’t have it at home or in a couple, he looks for it somewhere else. He is looking for places where he can actually feel like a man – whether it is a mistress or video games, where in both situations he can feel his dominance and a manly side, a side of a winner. This is how he receives his self-realization, self-accomplishment. He needs recognition, he needs prizes. If his woman thinks she is very important and very powerful, she will not able to give it to him.

The responsibility of an adult, feminine behavior only shows that you accept your own nature, and you are willing to maintain to nurture your family, marriage, union and relationships.

How do you behave? Have you found any similarities in your or in your partner’s behavior?

Why Women Think Femininity Is Weakness 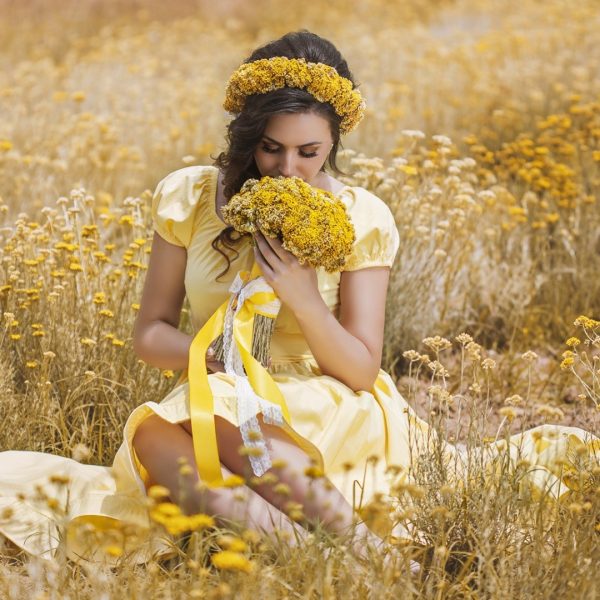 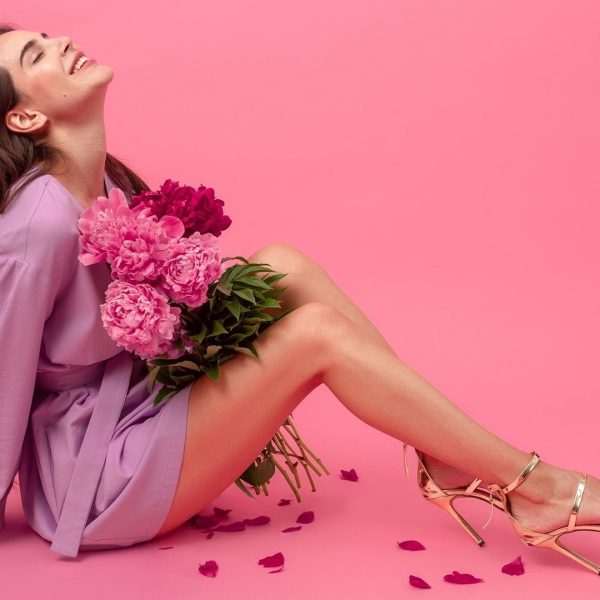