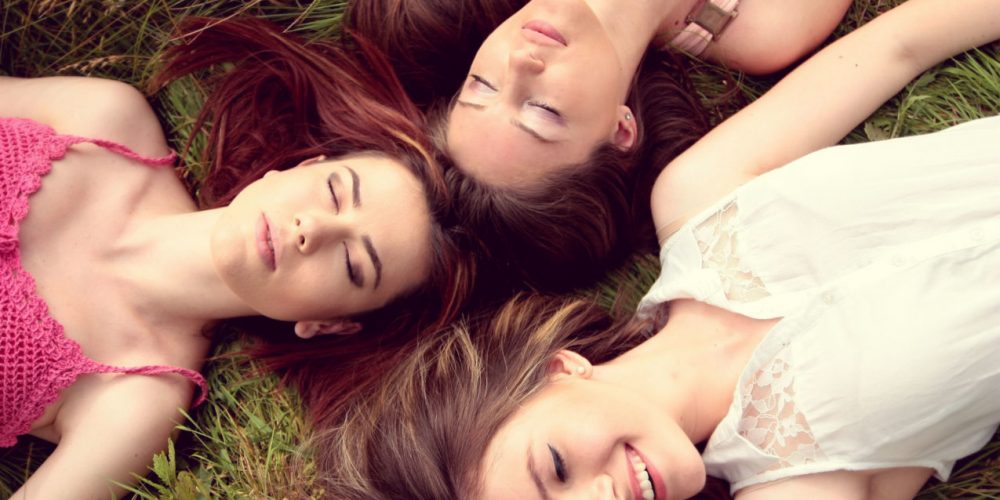 I once wrote a short article on the only three legitimate women’s diseases. It is based on a wonderful book one wonderful woman wrote.

Today I thought I would put together some of the most common diseases women do have still, even though in reality they should not take place. That is, if femininity is fully accepted and lived.

Which takes us to the whole point of it all: when femininity is denied, and not fully manifested on the level of body, thoughts and emotions, diseases happen. Let’s see how we mess ourselves up specifically. We will take a closer look at the main three female organs first – uterus, vagina and ovaries. Then we will go over some common female health issues briefly.

The most feminine and sacred organ is going to be the first we will look at.

Uterus represents the home of creativity. It also represents womanhood itself and is a quintessence of femininity. Any health issues with uterus therefore represent an issue with your identification as a woman. That could mean that you might hate the fact that you were born a woman. Reflect on that – why do you have such a strong emotion towards this fact? Maybe you have a strong reaction on having or not having children. You might be critical to others. Or you might have an overly emotional reaction to everything, including the motherhood.

You might think that femininity is a burden and it is something that makes you a weaker gender, an inconvenience. Think of where did it come from? Could it be your childhood? Maybe an image that came from your mother or grandmother? What did they think of their femininity?

Other possible reasons are in the thinking that your female body is the only feminine part of you. If that is the case, such woman will demand love and affection from her husband and children simply based on the fact that she has a woman’s body. This is the body cult that she creates, and in turn it creates uterus diseases. Because deep down she knows no one really sees her as something more than just her being female. This is when sex with a spouse becomes a routine, a mere duty.

Vagina is a connection between cervix, an entrance to uterus, and vulva. It is also a passage for a baby to go through. This is the venue of letting in or out, a place of some sort of movement. An issue with vagina represents an issue with acceptance or perception of what is coming in or out, or just what happens there.

A most common disease here is vaginitis, which is a anger at a your partner and sexual guilt. Because of that the feeling of self-punishment attracts disease. Any discomfort or pain in that area originates from the feeling of fear and guilt, so pain is a punishment. As a result, a woman cannot have a healthy sexual relationship with a partner. This only shows that she has an incorrect attitude towards her own organs and sex itself. So she often feels used and undervalued. The anger that she usually experiences means that she doesn’t allow herself to enjoy sexual life.

Possible thought patterns that need to be considered here are woman’s habit of thinking that sex doesn’t bring anything good. Maybe you are a very powerful independent woman and if engaged in sexual relationships, you have a feeling that you were used. It happens when you feel like it was not you who chose to be there, but your partner chooses for you. Instead of thinking about yourself as “used”, try to change it to “desirable”. If you think you are being manipulated, think of what it is in you that reflect that: who do you manipulate yourself? And in most cases of your manipulation there are no ill intentions behind. The same with your partner.

Another possible thought process here can come from childhood trauma of being raped or sexually abused. If that was truly the case and you have vaginal issues now, your body is trying to tell you that it is time to forgive. And forget. Forgiveness is the only and sure way to let go of your past.

Ovaries represent a pure center of creation. Those are our little creative glands that participate in our feminine process of creation, literally and figuratively. When woman is upset with her partner and is mad with herself, she makes her body react the same way. This causes the appearance of cysts, fibromas and myomas.

Additionally, inflamed ovaries reflect the excess of energy that was generated and directed towards men but was not released. When does this happen? When a woman, especially a young one, is overly flirtatious and sexual, when she teases men without having an actual desire to be sexually intimate with them. This whole process is entirely wrong. And unfortunately, it happens very often. Young women flirt way too much, as if expressing an interest, attracting attention and creating desire only to use that and manipulate an admirer to have them do something for her.

However, on a subtle energetic level, sexual energy of a woman goes outside of her auric body and penetrates man’s auric body which in nature equals to an invitation to sex. Thus, when a man is all “warmed up and prepped”, he invites a woman to do exactly that. And gets a rejection. When this happens, and if he is upset about it, this will harm woman’s ovaries causing them to get inflamed and become painful. This can also cause pain in other female organs as well. If a man does not get upset, this might happen. However, it is best to avoid this imbalanced exchange.

Most common ovarian health issue is ovarian cysts. It is about repressed and abused femininity and a deep conflict of experiencing it. Absence of the sense of fulfillment as a woman. Also, it is about a conflict of wanting to be a mother or not, or maybe resenting children you already have. Cysts represent a false growth that is being nursed instead of letting go an old scenario. Think of what scenario it is that you are holding onto. Maybe it is also about the conflict of finding or creating your own true path.

To correct that, thoughts that we would need to change are about the ability to create and just do whatever. Instead of “I am unable to do it” change it to “I am fully able to do it”. Avoid competing with men as this will also cause ovarian health problems as well as problems with your menstrual cycle in general.

Now let me give you a quick overview of most common women’s diseases. I strongly encourage you to research and learn about this topic more in depth if you do have something going on with your feminine organs.

It is a resistance towards the process of life itself. Also, resistance to go through an experience of parenthood or an unconscious fear of having a child. Additionally, it is fear of not being able to have any children which causes an egg to release itself exactly when you do not want that. It is about woman’s unwillingness to be like her mother, so you should address that area as well. Fear of responsibility and inability to cope with parenthood. The opposite of all that can also cause infertility – when a woman thinks that having a child is the only way life will have a meaning.

It is about nursing an old hurt from your partner, that caused the blow of feminine ego. This hurt was there for such a long time, suppressed and ignored, that with time it has taken a solid form. Additionally, it can be about conflicts about nurturing and nourishing – when you give others too much while feeling unnourished yourself.

Rejection of your femininity. A belief that your genitals are sinful and dirty. It is about guilt and fear in that area in general. Also, it is about an inability to surrender to your own rhythms and resisting them, creating blockages. Additionally, it is something about the lack of self-love, competition and overall confusion about your role as a woman. Missing the point that love is inside of you, not outside.

Allowing outside influences to overpower you and rejection of feminine processes. It is about letting in the confusion in your life. Basically, it is about rejection of your own cycle and seeing it as an inconvenience (hence seeing your whole feminine being as an inconvenience), that disrupts your daily routine, your need to work and continue on with your life. It is a struggle of presenting and accepting yourself as a woman, and maybe even a desire to be a man instead. Menstruation is a wonderful monthly reminder of our femininity. When we try to control it and change our natural patterns instead of surrendering and submitting, premenstrual syndrome comes in. Additionally, it is also about the desire to not work or not wanting to work when on your period.

In the long run, the root of any disease is spiritual ignorance. Reflect and meditate deeply on what it is that you have and why. Two most simple and most effective cures for that all remain the same: complete forgiveness and self-love. 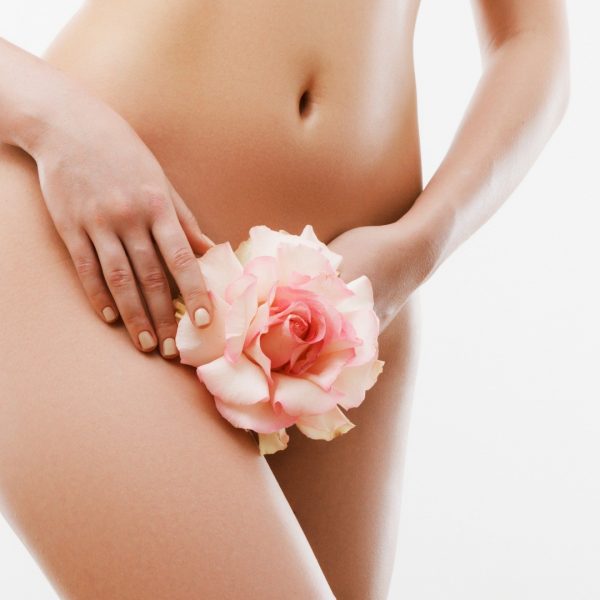 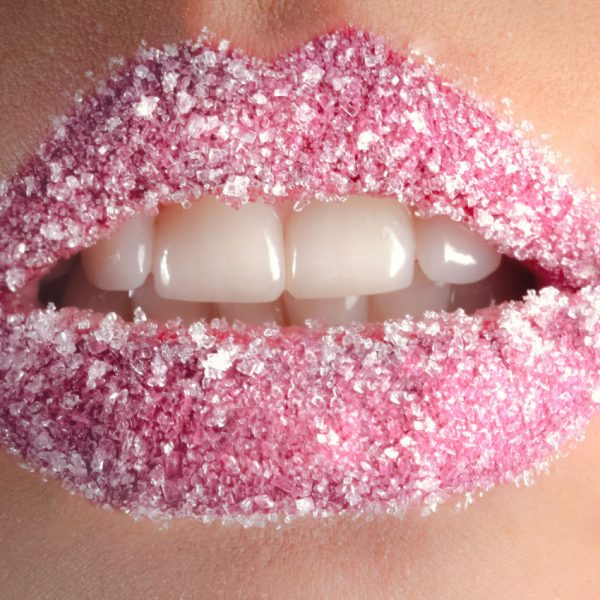 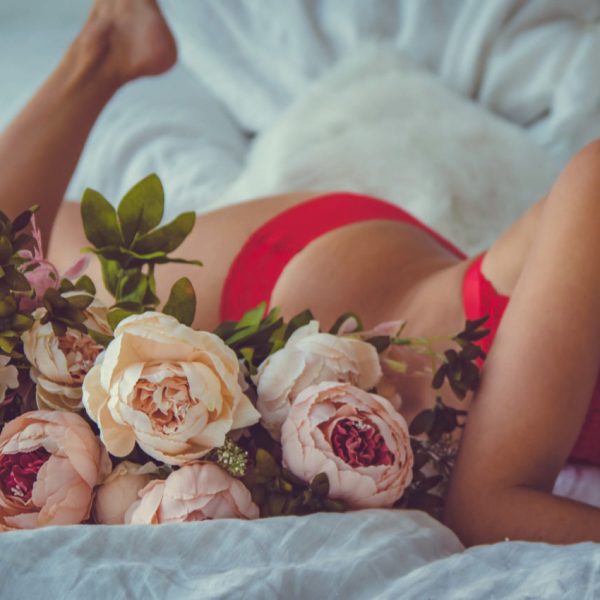 Sleeping the Monday away 👅 . In the meantime, i

I love this photo of us 💖 . Today is a Russian

Karma is here to help. . The book on the right is