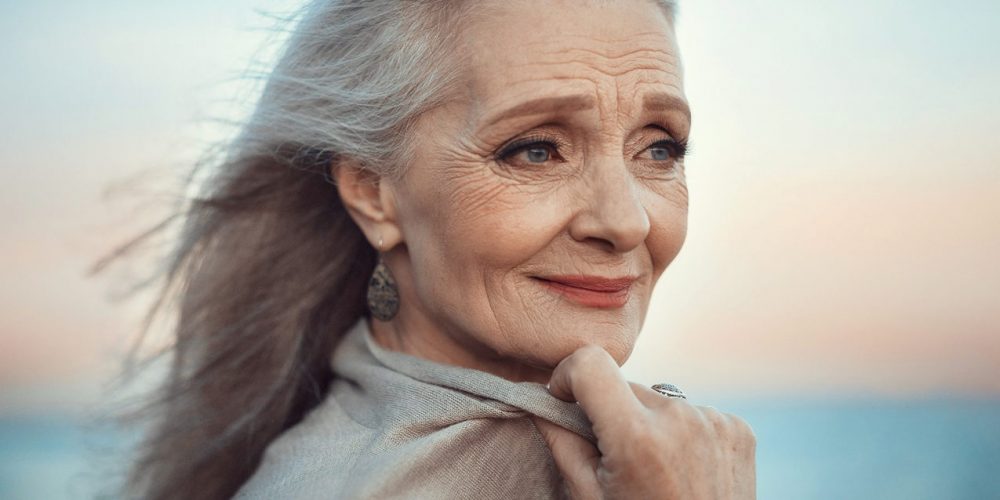 Previously, when we talked about opening each level of consciousness and chakras, I mentioned that each life period corresponds to one chakra level: 0-7 years old is first chakra Muladhara, 7-14 years old is Swadhistana, and so on. We ended on the age of 49, however luckily, modern women live much longer than that. So what happens with chakral levels then? Do we stop growing and just stay on the last, seventh chakra level, until the day we die? Or do we repeat the pattern again?

Yes and no. Like with all the previous levels, there are two scenarios of life here. And let’s take a look at both of them.

Woman With All Opened Chakras

So who is this magical woman whose chakras are all open and glowing? At this moment when she turns 49 and then 50, the flow of energy does not stop, it continues but only on a whole different level. She also gains a different level of consciousness now. Thus, this pattern repeats itself after 49 years but on a more advanced and deeper level.

Once all the chakras become open, and they stay this way, such woman connects to the whole entire world, Universe, Creator, people, everything. She is now not a mere woman anymore, within the human concepts. She now embodies a full Woman which becomes a Goddess on Earth. The Divinity within her and the Divinity from the outside interconnects and goes like a fine red thread through everything and everyone in her life. She becomes an earthly creator who co-creates with God here on Earth, whether it is within just her own family or the whole humanity.

In ancient times, especially in Vedic culture, men and women at the age of 50 years old became different. For men, this was the time to step away from mundane things, and as long as they had all their chakra levels opened harmoniously, they would take on a hermit life on purpose and would go away from the world to live an ascetic lifestyle. For women, this was the time when they would become the Wise one of their family. They would stay at home and act as a protectress and patroness of the family. Everyone strongly respected them, they were healers and spiritual counselors.

And of course, this was also the age when they would becomes grandmothers who would always know what to do and how to help grandchildren. They were their true spiritual teachers, ful of love and acceptance. They knew how to help them grow up happy and wholesome. Such women would also pass over their wisdom to young women of the family, which was part of the rites of passages, and was also an act of Divine love towards them. Wise grandmothers were fully devoted into making as much people around them happy as possible. That would become their life mission.

Of course because of such great wisdom and experience, they were very highly respected, like I mentioned before. The whole society would depend on them. Everyone would come to them to seek advice and help, or maybe healing. Everything that those women would do they were doing in the name of God and for God. That is because once all of our chakra levels are fully open, we stop living fully on this Earth. Such woman partially lives in a higher spiritual subtle worlds now, which reflects in her behavior – it becomes Divine and she would act as if she was Creator, with unconditional kindness, love and acceptance. She brings the Divinity through her down to the earth. And she would be absolutely happy because of it.

This kind of state of consciousness is of course very rare now. It is truly magical as it is a state of complete fulfilling, acceptance, humbleness, deep wisdom. All fears are completely gone, including the fear of death. This happens because this woman does not live a mundane life anymore. She lives highly spiritual life and she lives on Earth as if she is actually up the in the higher realms. And she has already established her relationships with the Creator, she knows where she is going, she lived her life fully and all her feelings and desires are fulfilled. She lives without any single regret, daily increasing and deepening the love within her.

This is basically a level of a saint person. And it is completely natural for a fully embodied woman who has opened all her consciousness levels.

So what about the second scenario? The one when not all chakras become open by this age? As always, it is full of sadness. But it is never too late to realize that and turn the scenario the other way around.

When chakras are not fully open or closed at this age, such woman returns back to the level one, Muladhara level of consciousness. She goes through the lessons of this chakra once again. And the way it manifests in life is these women are very scared to become sick. So they try to medicate themselves a lot, in hopes of avoiding getting sick. They don’t feel safe because level one chakra is responsible for the feeling of safety and protection.

Women can become like little babies again – moody and irrational. They refuse to admit their age, so they act as little children when other people have to calm them down and appease them. Their key phrases that they would think or say to everyone are “Everyone left me”, “No one needs me”. This is her attempt to attract attention and love of her loved ones. Becoming ill is actually also another way of doing that. Or being overly emotional. And also, when she starts living for her children in a sense of living their life with them without having her own.

All these things happen simply because of lack of understanding that she is a child of Creator herself. And Creator accepts and loves her exactly the way she is. At this age a woman can simply enjoy and accept this divine love and have satisfaction from it. She does not really need the love of her relatives anymore.

Way of a Woman

As we can see, a way of woman is a way of love, of opened heart. This loves begins within her in her heart and ends with love to God. Feminine energy has always been associated with water. It is playful, flowy, melodic and fertile, pure and powerful, surrounding and nurturing. So one perfect practice for every woman is being with water. Meditating on water or sitting by it, communicating with Water element, connecting and charging from it is a perfect way to fill yourself up. Learn how to be playful, accepting and nurturing from it. Water can literally teach us femininity, and that would be more than enough. If you don’t know where to start and which chakra to address, do this practice and go from there.

Why You Should Never Save on Yourself 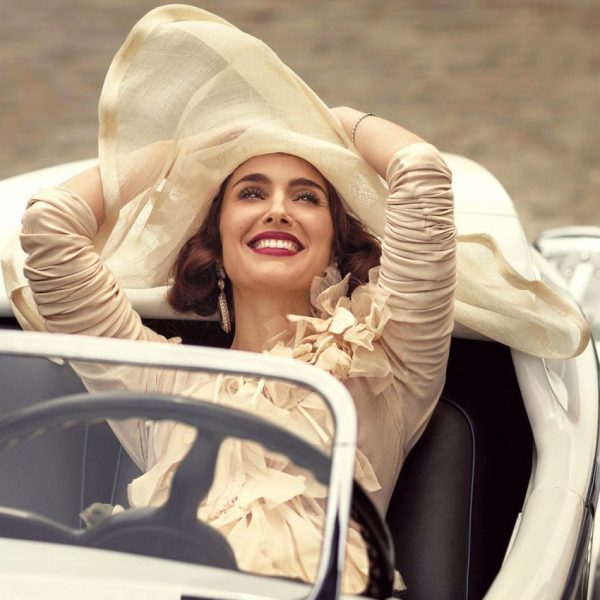 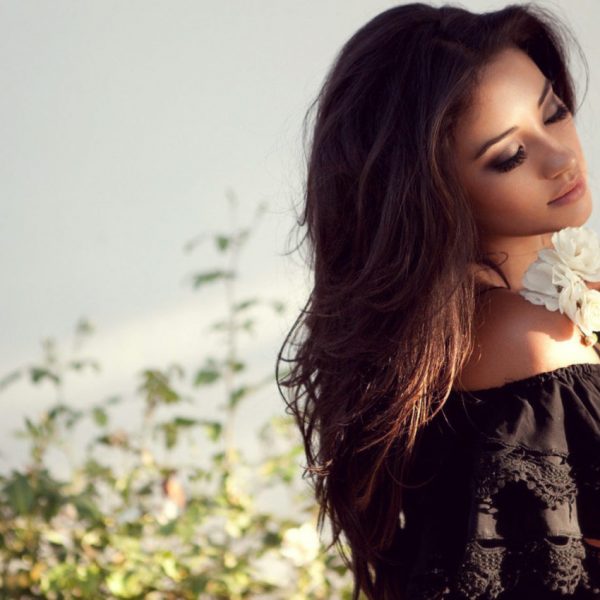 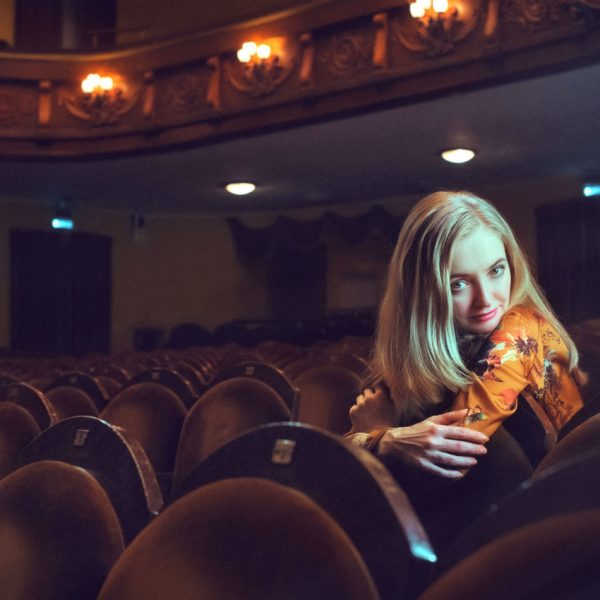 Mexican doors are coming your way 😁 (They are j

So question: do you also think we look alike? 💕

For a woman it is more important to find herself,