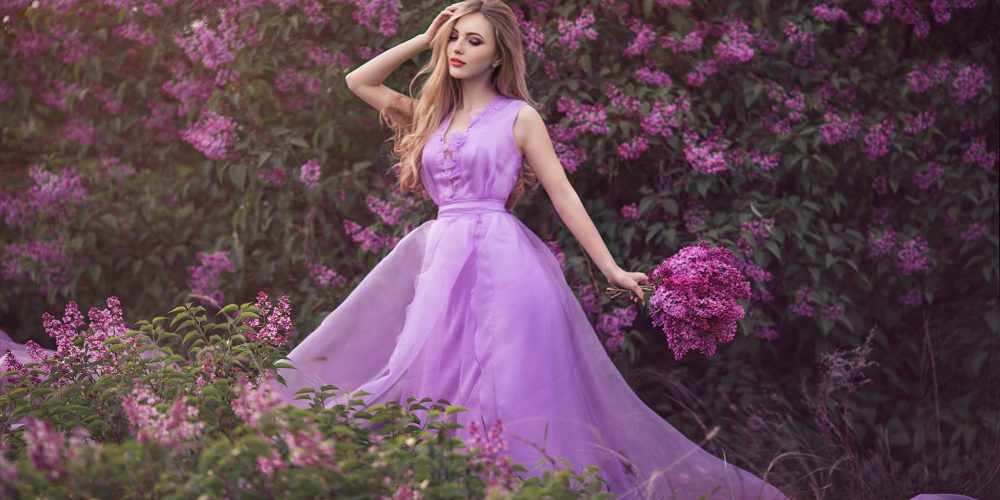 Every woman has an invisible power that influences any man and makes him stronger. And if we look at one of the Oriental teachings – Taoism, there is a very beautiful idea that femininity is like a wind. You cannot see it, you cannot measure it but you can easily feel it and its influence on people and the world. If you didn’t already guess, this secret power that is like a wind is femininity. So what can we, being women, can do in a relationship and what femininity does to a man?

There can be many ideas and thoughts about femininity and what it actually is. Usually, people talk about physical appearance, saying that it is the main part of being feminine: wearing feminine dresses and skirts, growing long hair, wearing makeup, and perfume. And that is wonderful because it is also femininity, but just on the outside. Additionally, people would usually think of the ability to cook good, having babies, and cleaning the house. And once a woman knows all these things, she will magically be able to change everything around her.

Generally, femininity is seen as something traditional and outdated. It would have been true if we would only cover these things that I just mentioned. However, there is much more to it. Femininity is not just dresses and perfume, or cooking and babies. Luckily, this secret power is available to all women, every single one of them simply because it is their right by birth. If you only wear skirts and have long hair, you won’t automatically become truly feminine. Femininity is something that we cannot describe or measure. Even this very attempt to describe true femininity is already a failure.

Does this sound familiar? It is truly like a wind I mentioned earlier. That is why Taoists compare femininity to wind that you cannot see or catch but you can definitely see its influence. Comparing it with the wind is probably one of the most accurate ways I have heard.

Femininity is an invisible but very powerful force that can transform everything around it. Can you imagine that? You may have heard that a man who marries hopes that his wife would never change, whilst it is the contrary for women. Once she gets married, she secretly hopes that her man will change now. And even if it may be a little bit of an exaggeration, generally it is still true. And while it may sound sad and disappointing for both genders, there is a way femininity can gently but organically change things and for both of them.

Femininity is an invisible but very powerful force that can transform everything around it.

Us women we can influence and transform our men by our mere presence, our energetic field, and our vital force. Perhaps, using the word “transform” sounds better than “change” when we talk about relationships and men. And I would say it is more precise too. So, if our intentions are pure and kind, and if we set our goal correctly – if our wind blows the right direction – than a man beside us will grow stronger and become more successful day by day.

Generally, both men and women can do the same mistake again and again. For example, they would start a relationship that would have the same scenario over and over again, and fail at the end. So if we use wind as a metaphor, we might think of this example: if a man is like a giant ad somewhere by the road, then any wind of femininity won’t work here. You simply cannot move such a stable and stubborn construction.

Whenever you have relationships and they fail again and again, perhaps you should think about what you do wrong. Maybe there is a certain negative pattern that you unconsciously follow, and the time has come to change things? That is when you should keep in mind that no matter what you do, things won’t change, and you will have the same ending. So don’t even try.

However, if you happened to have the right person, that one and only person, a special one, and you have a great connection, then of course things are possible.

So what femininity does to a man? And how does a woman influence a man with this invisible and subtle force? In fact, it is quite simple. Admiration goes a long way, and by admiring the strongest, most attractive personality features, we nourish them with our energy, we support them and we help them grow. A metaphor with a tree and water comes to mind since we are talking metaphors today.

Beware of the wrong way of doing it though. Usually, women tend to notice the negative in men more so than the positive. Once we decide he is lazy, then we focus on just that and more than that – we try to prove we are right by trying to find examples, and as a result – we nourish and feed that quality even more. Why? Because the rule is simple – where our attention goes, our energy goes (not just in relationships, by the way). So, our ability to support a man is mainly our ability to ignore the negative in him and simply do not pay attention. Of course, sometimes it can be hard, but the choice is yours here.

If really think about it, all people have something to be admired for, and a lot of it. So if we only choose to focus on something attractive, noble, masculine, we would feed it all and make it even more prominent. How can we do it if we have this habit of doing the opposite and noticing only bad stuff? At first, it might be hard, but if you are consistent, it will change. The easiest way to keep your admiration stable is being delighted, even slightly exaggerated, about anything good that happens. Every little thing.

Pay attention to every detail and notice the essence of his acts. He may hold the door for you, kiss you goodbye, ask how you were doing. Those things seem like a norm and ordinary but we are so good at glorifying the same little things that are negative. Why not do the same thing but with the positive ones? So instead of “He did not call – that means he does not love me anymore”, we could say “He texted me – that means he cares and loves me, that means he misses me and he such a wonderful person!”. I know, it sounds unrealistic and maybe a bit phony but that is not the point. The point is – to change the direction of our wind. Once we change the direction of the wind, our ship will sail the right direction. Remember that, ladies.

Once we change the direction of the wind, our ship will sail the right direction.

Balance is Always a Key

Of course, we must not forget about balance. When we talk about nourishing someone with our energy, you may think that it sounds not fair and what would you get in return? It is normal to think that way, however, relationships are not some fair deal. It is actually a symbiotic union where a natural energetic exchange happens all the time, whether you know about it or not.

Once our men become stronger (from our admiration), we become even more beautiful and more feminine. We actually start blooming like the most amazing flowers that we are, with our lovely and magical feminine essence. Because a man would also nourish a woman – with his strength and his own masculine power. And sometimes from the happy union of these two, we have a third component that often happens – a real family with a child.

I find that comparison incredibly beautiful and deep. It is in this subtle but powerful exchange in a couple, that starts with us women by looking for something attractive, strong, noble, timeless, with pleasure and happiness, lays the main goal of people creating a union and becoming a couple.

3 Types of Men in Every Woman’s Life 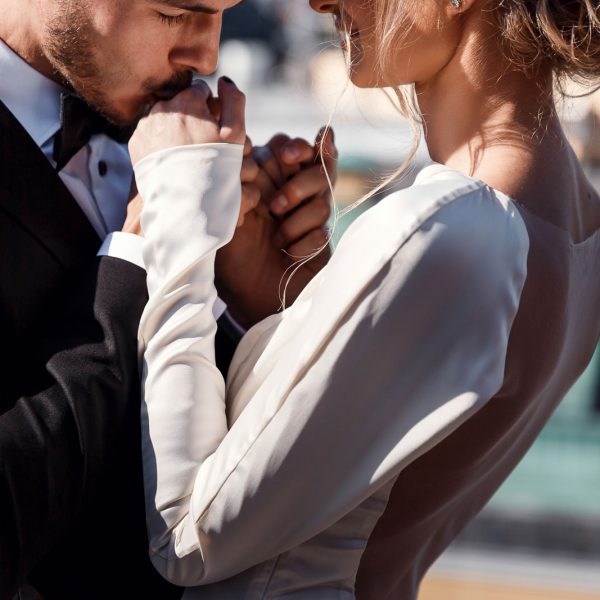 3 Types of Sexuality and Relationships 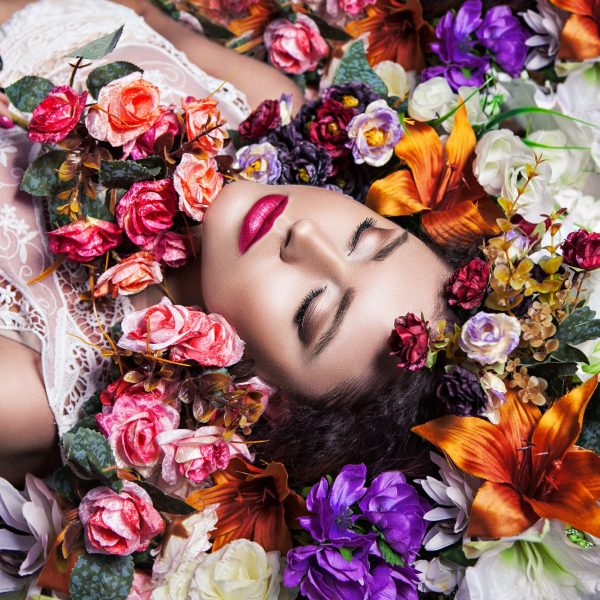 Books, Movies and Other Sources of Femininity 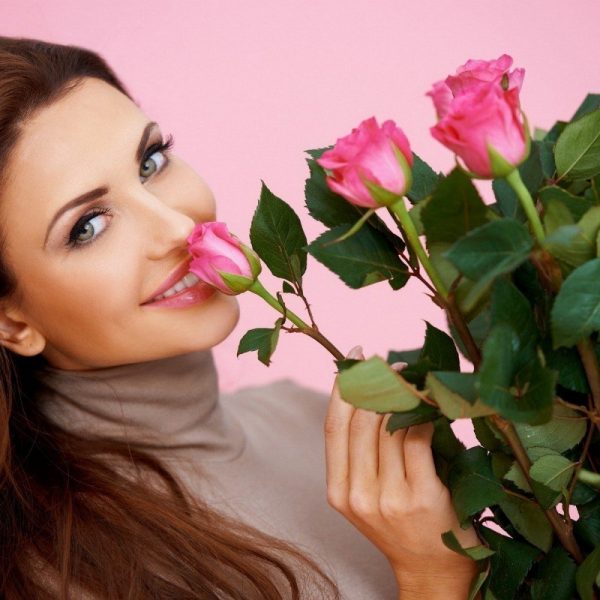 ← Practice: Meditation “A Place For Your Soul”
10 Steps To Reconnect With Your Feminine Power →
#tbt🌊

Sleeping the Monday away 👅 . In the meantime, i

I love this photo of us 💖 . Today is a Russian

Karma is here to help. . The book on the right is