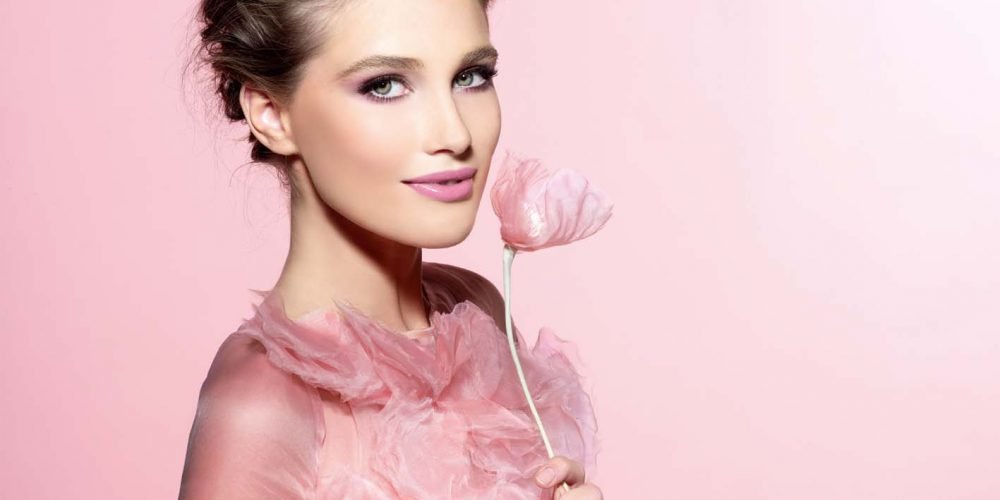 I wanted to bring up this topic once more because I see it more often than not everywhere. A lot of people, and a lot of women sadly, think that femininity equals weakness. Whenever someone mentions it, they all imagine a weak damsel in distress who cannot do anything and constantly needs help. Or they imagine a Barbie doll in a pink dress and no brains in her pretty head. Does that sound about right?..

Fortunately, these are all huge misconceptions and something that was created by women’s negative experiences from the past. Because if they wouldn’t have these experiences, why would they think being a feminine woman is basically bad when they are women themselves?..

As a result, they create a life and self-image where they look as strong as possible, they create all of the possibilities where they can be independent. They mock feminine women and make jokes about how they act and talk. And they despise anything that is remotely connected to femininity (colors, fabrics, sounds, pictures). They are actively showing how they don’t need it or don’t like it.

Okay now, let’s look at the actual reason why they think like that. These are the moments when our femininity blocks and this creates a negative reaction to anything with feminine qualities.

Although a mother of a woman is feminine, one of the two scenarios takes place. She is feminine but the father, her husband, is constantly abusing her so her daughter does not respect her anymore. A daughter, seeing all this, would not want to be soft and feminine when she grows up but on the opposite. She would want to be able to protect herself because such men like her father exist in the world.

Another scenario: A mother is feminine but could not find herself and her calling in life. She works hard day and night, hustles, does everything for everyone but she never receives appreciation or love. Naturally, a daughter would not want to copy such behavior either, so protests against such life and blocks her own femininity together with that.

Femininity was considered or treated as a weakness in a woman’s family when she was growing up. So, in this case, a mother of this daughter is usually that one strong and independent woman with masculine qualities – determined, goal-oriented, harsh. And a daughter is being told that such feminine qualities as intuition, being emotional, purity, sensitivity, ability to cry and ability to feel are bad and even silly. These qualities are being mocked and being firm, reaching goals, and suppressing feelings are being rewarded. It is a big chance that they actually wanted a boy in that family but ended up with a girl.

Psychological trauma in childhood or youth. Growing up, a girl blossomed into a beautiful young romantic woman, feminine, delicate who believes in love. Unfortunately, guys use her and her innocence and she never really finds the romantic relationships she was looking for. So, after several deceptions and failures, a woman decided to hide or suppress her romantic nature and feminine qualities and switches her focus to a career instead.

Life makes a woman take all the responsibility and there is no place for soft femininity. It can be that a woman becomes a single mom. Or she can be married but her husband is weak in his mind, does not earn money, does not make decisions, does not have goals or motivations. In short, a husband is not a head of the family. So a woman decides to take it all in her hands, suppress her woman’s qualities, and becomes another man. There is another way to resolve this situation but many times this is the most likely scenario.

I feel like this happens a lot in books and movies. I wonder if it is because the woman-writer secretly feels this way? A feminine woman gets betrayed later in life by her man. For instance, they were married for 15-20 years and she gave herself to him entirely, disappeared in him, fully trusting (also not a correct behavior), finds out he has a mistress or another “family”. He leaves her for a more independent and more active woman. And his explanation can be something like “Well I am bored with you. What can you do? Only cook and clean”. So, going through such pain, a wife decides to change herself and becomes more rigid. She can even become just like the mistress – independent, determined, opens her own business, and uses men in her own interests. And at the same time, she entirely suppresses her femininity as something unnecessary.

Now, did you know that every time there is a social quiz men always say they value feminine qualities like softness, tenderness, kindness, submissiveness in women more than any other ones? (Like qualities of mother or wife, sexuality, intelligence, or determination in life). You can look it up online if you don’t believe me. Just like no matter what is in fashion and what is trendy, all men will always prefer a simple and usual pretty dress, where they can see your waist, beautiful clean natural hair, some heels, and some makeup. It never changes and is always attractive to them.

Should We Bring Back The Femininity?

Well, despite the large amount of highly successful women in a modern (mostly Western) world who seem to look happy and satisfied with life, they are not happy as women. They suffer from their lost femininity. Being happy and being happy as a woman are two different things. How does it manifest?

First of all, such women attract weaker men and they actually want strong men. Or there are no men in their lives at all, there is always something wrong with men in their life. Why is this happening? Because a woman with suppressed or lost femininity subconsciously shares a message – “I don’t need anyone!”. And even if she is actively seeking love, she does not find it because a man falls in love not with her appearance, her looks, her character but in her essence, in a state she shares with him. And only a woman who cherishes and nourishes her feminine essence can give him this kind of state.

A masculine woman gives a man a different kind of state. Men want to be friends with her, they can respect her but they rarely fall in love with her. So it is pretty simple: to find a real man you need to be… a real woman. Because only a real woman can give a real man something he does not have. He has everything else already but not that. A habit of doing it all yourself does not really replace a desire to lean towards a man’s shoulder. Even if a woman says she feels good alone, deep inside she misses the love and a real intimate connection.

Are you or someone from your family or friends is just like that? Not to worry. There are ways to fix it.

How Do We Fix It All?

First things first, let’s go back to reasons. If feminine qualities like tenderness, softness, kindness, and submissiveness do not bring up respect in you, we need to go look at Reason 1 and Reason 2 and contemplate on these statements:

1. God created me as a woman and it is my essence. This is the only way I can be happy. It is much easier for me to make my dreams come true following a woman’s path rather than a man’s one. If a woman chooses a man’s path, she will need to spend a lot of time and energy to reach her goal. And following a woman’s path, we can reach this goal much quicker and easier. Real woman’s dreams come true easily and quickly.

2. I don’t have to be in female polarity 100% and only go with the flow. Everyone has both feminine and masculine energy. And it is absolutely normal to have some masculine qualities like confidence, determination, and logic, but still prioritize a woman’s essence. Remember, the ideal ratio of feminine vs masculine energies in a woman is 80% feminine and 20% masculine. So, to be a woman does not equal being weak.

In case when femininity was lost due to psychological traumas, looking at Reasons 3, 4, and 5 here is what to keep in mind:

3. You need to fully and completely forgive that person who did not value you as a woman. Your unresolved and unforgiven pain holds you back and keeps you in a state of suppressing your feminine qualities. Stop living in spite of this person, they have their own path. Let go of your emotions that connect you to trauma and start a new life.

For other ways to unblock your femininity and bring it back to life, you can read my many other articles on the blog 🙂

Types Of Women’s Practices And How To Do Them 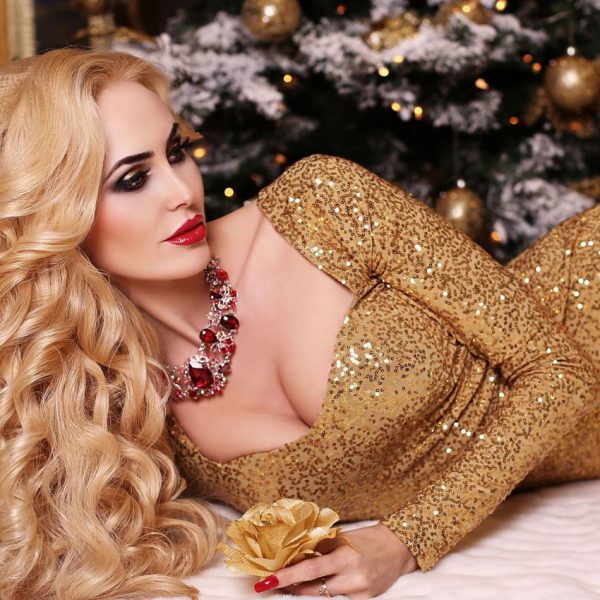 Woman In A Flow 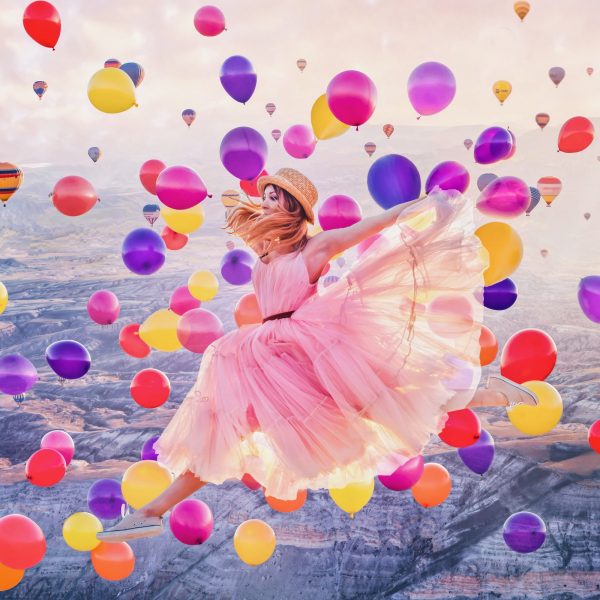 How To Embrace Your Femininity 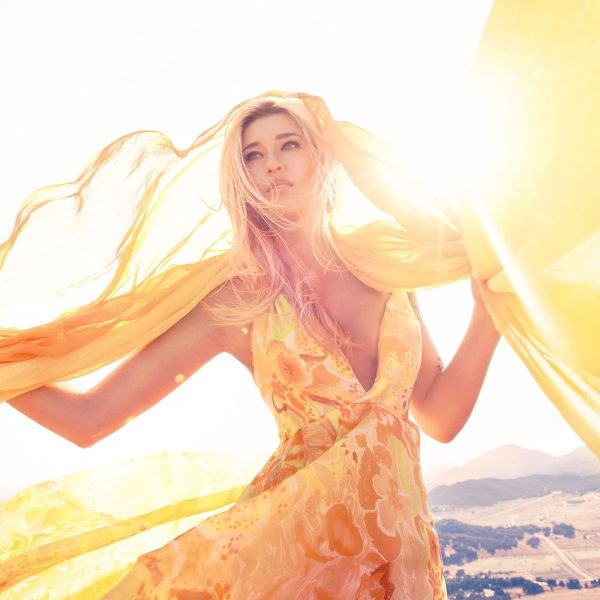