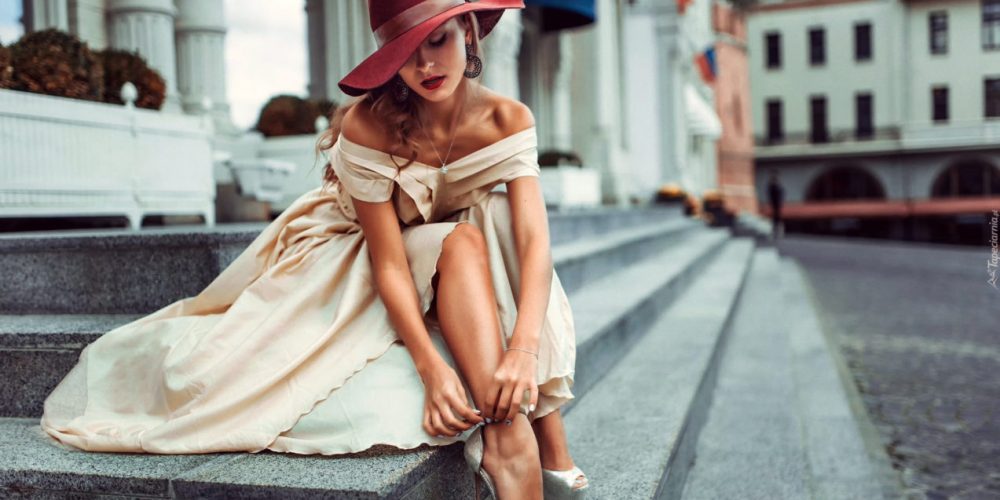 When we talk about all the ways to replenish our precious feminine energy, we don’t really pay attention to the fact that sometimes there are reasons of low feminine energy that can be identified and changed. Sometimes it just so happens that a girl comes to this world already with very low level of it, by birth. And then she grows being a tomboy or maybe just simply more active and analytical like boys are. It happens sometimes but we never really think of why. Here are two main reasons it can happen at such a young age.

The first reason is past incarnation or life. Yes, it is a quite magical explanation that can actually take place and can be seen in the natal chart of this girl, if we talk astrology. In her very recent life she was a man, and a very manly man who had a lot of strong masculine energy. That got passed over to the next life, and girl is born still having those energies inside of her.

The second reason is very common too. Parents or someone from the family was really waiting for a boy instead of a girl. There are more than just two people participating in the creation of a new human being, in terms of energy and information. Those are also grandparents from both sides. Their desires and hopes always influence who the next baby will be.

If a little girl is born with low feminine energy because of those two reasons, it is better to grow it and restore it in her as early as possible. She can participate or get invited in doing something womanly otherwise masculine energies will stick and grow stronger, which will make her act as a man eventually. Which then create a masculine pattern of behavior which will naturally disturb the realization of the feminine in the female body, simply because the two do not match. This, in turn, will negatively influence her self-realization in life in the roles of wife, mother and lover.

Besides those two reasons that bring the low level of feminine energy from the beginning of life, there are also various reasons on different levels. To look at them easily, we will divide them and use chakral system that covers seven different levels. Let’s take a look at each level.

On the first level of Muladhara chakra the sign of a low feminine energy will look like a mental statement “It is easier to take care of myself/to do anything myself.” If a woman takes care of her own survival or survival of her children herself, her chakra’s direction changes to masculine one, it becomes overly active. If at the same time she has a partner or a husband, his first chakra automatically becomes passive. Because he cannot play his role, so he starts accepting and woman starts giving. The longer it goes on, the harder it is to change. You have to understand that if you have a male partner, and you still prefer to “take care” of everything yourself, you take on man’s role, his function in the couple. This disturbs and destroys your feminine and the masculine of your man.

On this level of Swadhistana chakra the feminine energy is low when a woman is not able to bring pleasure to her partner, while also having pleasure herself. When she only does her “duty” as a spouse or partner, this really disrupts the flow of feminine energy on this level, and in second chakra. In turn, this brings many psychological issues. Woman becomes suspicious, closed, self-conscious. Her cycle can become irregular and she may have issues with her reproductive organs. She does not accept men, she cannot have pleasure during sex, she is not able to accumulate and keep the feminine energy, she is constantly tired and exhausted. She also does not like pampering herself because she does not accept or does not love her body.

The level of Manipura chakra shows the sign of low feminine energy when a woman is not able to accept money from a man. She refuses to accept it, or she feels embarrassed or guilty to do it. It makes her feel like she owes him something, which is a major sign of energy disruption in Manipura. As a consequence, in a couple like this man eventually stops giving and changes his behavior. Or he simply starts lacking money himself. One of the reasons why some men do not earn enough money is because their women do not ask for anything or do not ask enough.

A woman can say she does not need anything from him. So then if she has this kind of behavior to herself, to money and to her man, he won’t earn a lot. Because there is simply no reason to do it. Often times in cases like this he stops making money completely, and becomes dependent from a woman. As an alternative, he just leaves and finds another woman who would stimulate him to make more money with her desires. One of the woman’s duty is to learn to accept from a man: things, money, help, gifts, his achievements, his success. Because in reality, all of those things are done for her and because of her.

Low feminine energy on this level of Anahata chakra is usually about inability to love, first of all herself. It is in the inability to genuinely share feelings and open up, to be romantic or create romance. Because to make wishes come true, bring pleasure and love is woman’s mission in a couple. A man will pay back with something different – with gifts, with care and with protection. Disruption in the Anahata chakra also makes woman very closed, she stops wanting communication, relationships or children. As a result, she can become workaholic, take on a lot of different duties and responsibilities, just to avoid the pain in her heart. Such woman becomes cold, and eventually turns into a real Snow Queen.

If a woman is not happy about herself, always criticizes herself or feels unworthy, she directs her mental energy, her Yang energy of mind against her feminine self. A woman with this way of thinking often finds herself in relationships where she is being suppressed. She will subconsciously attract men that would suppress her soft Yin energy that is about warmth, understanding and joy of life, because these men do not value these purely feminine qualities and think of them as flaws.

If a woman learned to give her Love openly and freely, this in turn would push male’s energy in him higher. He would start wanting more than just making money or provide. He would want to improve this world, to leave a legacy, this is the level of consciousness when people do great major things in history. So if you want your man not only earn and survive, but also change the world and be self-fulfilled, learn to love him. The energy of woman’s love can elevate man’s energy up to the fifth level, level of throat chakra Vishuddha.

This fifth level of Vishuddha is about communication and expression, it is about information. If we have low feminine energy here, we become overly active and overly social. We are very active in business too. A woman like this naturally starts having male’s qualities. She stops hearing her man, she can only hear herself, because her opinion is now the most important in the family. She only hears herself and it is her who sets the tone in every conversation. If there energy disruption on a fifth level, a woman also gossips and swears a lot, she speaks negatively about things and complains all the time.

On the next level, sixth, we have Ajna chakra. If it works good, woman’s intuition and feelings about something are always strong and accurate. She would often feel something that is hard to explain. She would tell her man something like “listen, I don’t think I like this person. Let’s not do anything with him, I feel it would not end good”. And after some time everything happens exactly the way she said it. And this is her mission on this level.

She needs to be able to speak what she feels. This is her way of helping the man, to advise him things using her intuition, not logic or mind. This is important. The most energetic disturbances happen on lower fourth chakras. This then create foundation for good or bad energy flow of the upper level ones. This is why woman’s duty is to learn to accept things from a man on her first and third level chakra, and also to learn to give on her second and fourth level.

Here are some other signs of low feminine energy that you may recognize easily.

+ Ignorance of the body. Every woman experience things through her body, she feels things with her body. If she does not take care and love her body, it won’t bring her energy, it would only block it. It is important to really take care of our body.

+ Only pants and jeans in the wardrobe. Wearing only pants or jeans simply block the energy that comes from the Earth. Consequently, wearing skirts and dresses, especially long ones, directly provides us with this precious energy of the Earth.

+ Too much social activity. It is best for a woman to have a kind of job that would allow her to have rest from her home and family responsibilities. It should be a job for her soul, not for money and survival of her family.

+ Too much external communication. Meaning, too much communication with anyone but family, with friends or other people outside of the comfort zone. For a man it is very beneficial to be outside of that zone. It is good for him to go through difficulties and struggles, to fight for things, to communicate with difficult people. These things make him grow. They don’t make a woman grow. They damage her subtle psyche and deplete her energy.

+ Pride. This comes out when a woman thinks “I’ll do it better myself, I don’t want to ask anyone, this is too low”, or “I can do it better and faster”. All of that is her pride, which is by the way a purely masculine quality. Of course, it lowers feminine energy.

+ Male activities, recreation and sports. These activities cultivate masculine qualities of competition and fighting that woman does not need. Her nature is about partnership and care.

If you found many signs and reasons of low feminine energy in you, please don’t worry. There are plenty of ways to replenish and restore your feminine energy that I have mentioned more than once. And you don’t need to do special rituals or meditations for that. There are many simple day to day things that can help you with that. 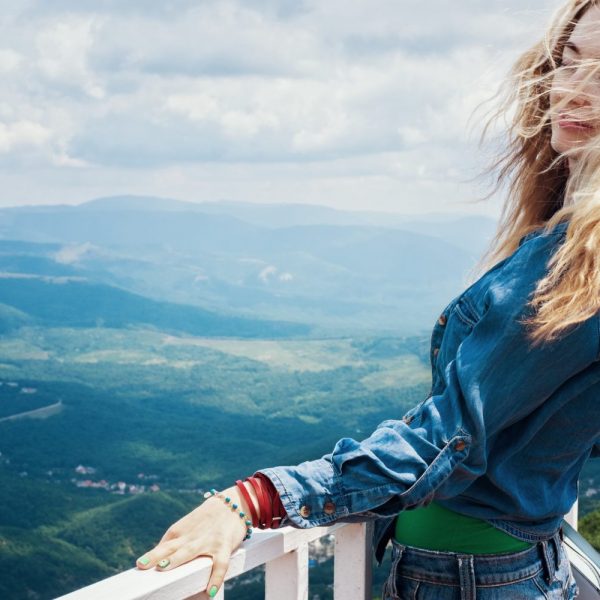 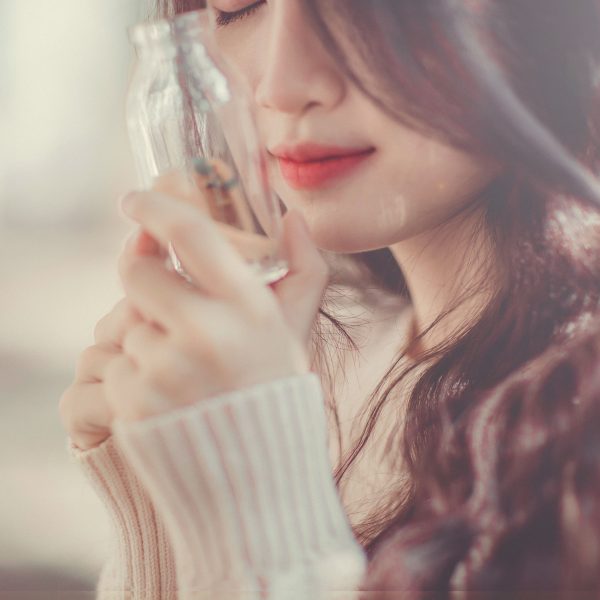 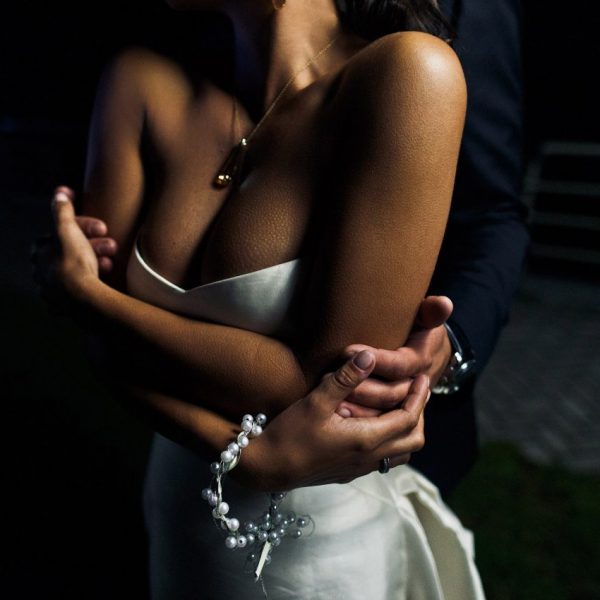